I am a follower of Jesus, a college pastor’s wife, and mother of three young girls. We live in Spokane, Washington (which is not the rainy side of the state). If you were to come visit our house you would find us to be a noisy, talkative family who likes to laugh – but there are a lot of tears here as well, between our three daughters (and me, occasionally!)

It’s true that I don’t “have it all together”. But one of my passions is to mentor women and help them to be inspired to define and live out their priorities.

To be totally honest, I have been so blessed in my life, beyond belief. In ways that I wouldn’t have asked for if I had chosen for myself, ways that the Lord showed His faithfulness even to my grandparents as they covered me in prayer my entire life.

I first put my total trust in Christ at age 5, to my best knowledge. I don’t know how much I understood my total depravity at this age, but I do know that I had a heart of trust in the Lord and a burden for unbelievers from that age. As I grew up I struggled over and over with sin and temptation. But the Lord protected me from ever going down a path where I would follow my fleshly desires into destructive living. I know that had I been provided certain opportunities, the temptation would have been too much for my flesh. The Lord in His wisdom kept me secure in His hand all through my unwise years! My family, always faithful to the Lord and His Church, began attending a very strong Bible-teaching church while I was in elementary school.

I was 18 when I met Jerod. We were serving on jr. high ministry together in the church I had grown up in. He was new, so obviously I had to get to know him. And once I did, I found him to be the most hilarious guy I had ever met. I had also never met anyone as passionate for the study of God’s word. Looking back and thinking of him being only 21 at the time, it amazes me at how many hours he spent in the Word and prayer as a young man. And a young believer (he was saved at 19).

I was attracted to Jerod’s constant discussion of the deep things of God’s Word – the way he brought it to life. I confess I was attracted to his “rough around the edges” behavior, due to his recent conversion. He was very different than the church guys I knew, and contributed much excitement and hilarity to my group of friends. He got himself into many scrapes early on in his walk with the Lord, as God refined him and made him ready to be used as an empty vessel.

Even though we became fast friends, and there was interest between us fairly early in our friendship, the Lord shut the door tight on a dating relationship for two and a half years. During that time both of our hearts grew passionate for full-time ministry.

Jerod kept boundaries between us very clear – so clear, in fact, that he ignored me. And most of the time I thought that meant he did not like me.  But now and then randomly we would wind up on the phone together, planning this or that event or game night, and we would talk for hours. So we each had the suspicion, but only a niggling one, that perhaps the other could be interested in something more one day.

Two years into this, I visited Jerod at Big 5, where he worked, and brought him some sushi he had missed out on at an event. The magnetic pull between us felt so strong. I had never felt that attracted to someone. I felt like I was walking on air as I left.

It was a few months later that Jerod, shaking in his boots, asked my dad if he could date me with the intention of marriage. My dad’s answer?

But it wasn’t a solid no, more like a soft no. He said he needed to get to know Jerod better, to find out about his reputation. The other problem was that Jerod felt led at the time to go to Japan, but I was intending to become a Bible Translator. My dad wanted to know if Jerod had the passionate life direction that I would be drawn to, that would make me willing to follow him anywhere.

So Jerod was happy to have an answer. He still didn’t know that I liked him. And I was happy to know that Jerod did like me. I also loved that I could entrust myself to my dad’s leadership. If I had my way, we would already be dating, and now that I’m older I can see the wisdom in taking it slowly.

The Lord sovereignly sent two women to my dad in the next month. Both of them told my dad, out of the blue, how much Jerod had impacted their sons in his ministry to them. (They were in our jr. high ministry.)

That summer I went to Venezuela on my third short term mission trip there. While there, I felt the draw away from Bible Translation and toward a ministry that would be more in church-planting support and discipleship. Exactly the types of things that Jerod was feeling called to.

My dad asked Jerod to meet him again. This time he told Jerod it was a go. Jerod couldn’t believe that I even liked him – much less that I liked him enough to consider that my future could be one following his life’s calling.

We were married 16 months later.

Jerod knew he wanted to be a pastor, so two years into marriage we moved down to Los Angeles so he could attend The Master’s Seminary for three years. We loved Southern California and the life lessons we learned there.

Other than marriage, I have never been so excited for a life change as I was to come home from work and to be mommy and wife. I truly believe that God created me to be a helper and a worker at home, and I feel so fulfilled in that role!

We now have three girls, we now own a home, and I have been using the last 7 years of motherhood to experiment and learn about home management, parenting, and hospitality. I’m surrounded by wonderful friends and mentors in our church, and I’m so thankful to be able to glean from their wisdom!

I have always loved mentoring younger women. I especially have enjoyed facilitating a Bible study for the last year for some of our college staff ladies and students.

Marry this with my Etsy business, Perennial Planner.

For some reason, God has made me an entrepreneur at heart. I bought my first business when I was 24. This business is long gone, but the business that I have been running for the last two years is my Etsy shop where I sell printable planners and calendars. The business started when I wanted not only functional meal planning tools, but beautiful ones too – that would fit with my home decor. Back then there wasn’t much out there that wasn’t made with bold, block lettering or with cutesy polka dots, so I started my Etsy shop.

Perennial Planner has been a blessing to our family. As a single-income family, we need a little extra for savings and bigger expenditures. However, although I enjoy graphic design and helping women this way, it wasn’t truly what I was passionate about. When I tried to think of something to blog about, purely centered around organization, I felt overwhelmed and underwhelmed at the same time. It just wasn’t my thing to act like organization means everything to me.

Perennial Joy was born as a desire to mentor women who are not only near to me, but far as well. I want to encourage Christ-following women to be Proverbs 31 ladies, committed to the study and teaching of Scripture, and the practical outworking in their lives as homemakers, mothers, wives, or single women.

I love helping women to define their life’s purpose and to live it out by becoming organized and motivated through God’s word and practical helps.

Where can you find me?

If you want to contact me, shoot me an email! Or join my private Facebook Group, Purposeful Organization.

Join my email newsletter to get the FREE 7-day course on living a Purposeful, Organized Life! For more info, click here.

Thank you for subscribing to the Perennial Planner email list! Just one more step: Please check your email to confirm your subscription.

Success! You are now subscribed to Perennial Joy blog posts. You will receive new posts in your email inbox. 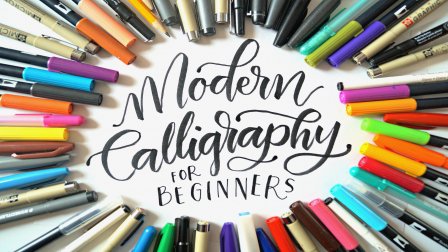 Learn modern calligraphy on Skillshare for $.99.

Find out more or adjust your settings.

This website uses cookies so that we can provide you with the best user experience possible. Cookie information is stored in your browser and performs functions such as recognising you when you return to our website and helping our team to understand which sections of the website you find most interesting and useful.

Strictly Necessary Cookie should be enabled at all times so that we can save your preferences for cookie settings.

If you disable this cookie, we will not be able to save your preferences. This means that every time you visit this website you will need to enable or disable cookies again.